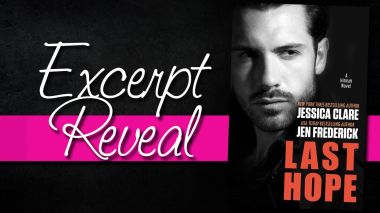 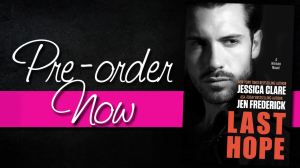 In the explosive new Hitman novel from the bestselling authors of

and a female target find love on the run… 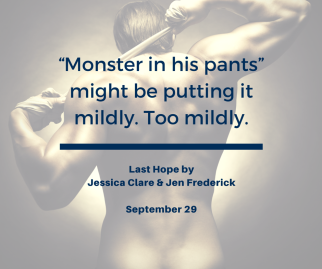 I wake up with my face pressed against a warm, broad chest and my legs tangled in the leaves of a tree. Somewhere close by, I hear birds chirping. There’s sunlight dappling my face and everything feels damp.

I’m dazed and my head is ringing with pain, and the sun is beaming right into my eyes, which is freaking annoying as hell. I rub a hand across my face and it takes me a few moments to realize that I shouldn’t see the sun at all if I’m inside an airplane.

Then I remember the storm. The thunderous boom as the plane was hit by lightning. Screams. The wing catching fire. The chaos of Afonso with his gun. Free-falling through the cabin, my grip on the seats the only thing keeping me from flying through six thousand feet of empty air.

Mendoza’s hand ripping out of mine when the cabin depressurized. The screams of people going silent.

I remember him, too.

A noise from somewhere nearby catches my attention. It sounds like heavy breathing. I open my eyes and look around.

I’m still strapped to my seat. There’s a portion of the plane underneath me, and the two seats Mendoza and I buckled into are still together.

He’s next to me, the broad chest I’m currently draped across. His eyes are closed, dried, crusted blood around the injured one. He’s got an enormous bruise on his forehead and his arms are around me, as if he was trying to protect me even as we fell.

“Mendoza?” I ask, sitting upright and pulling out of his arms. Sitting up makes everything in my body scream with pain. My ankles hurt, but I don’t know if it’s because they’re seriously injured or because they were tucked under the seat in front of me, which is also still attached. I test my legs, untangling them from his longer ones, and wince at the pain shooting through my body. It feels like I’ve been trampled in my sleep. My ribs hurt, and my right arm radiates agony.

But . . . I’m alive. I sit up a bit straighter and look at my right arm. The purse I’ve carried for days is gone. The skin is puffy and turning purple. When I flex my fingers, the pain brings tears to my eyes. I look away from it, faint and sick to my stomach at the sight. It’s not just the pain but what it represents. I’m a hand model. I can’t do a thing if my hands are jacked up.

Not that it matters right now.

“Mendoza,” I say again, because I’m about to panic, and panic hard. “Wake up. Please.”

Fear clutches me, and I grab his shirt with my good hand and give him a shake. “Mendoza?”

That doesn’t wake him, either. I press my cheek to his chest and listen for a heartbeat.

It’s slow and steady. Whew. I sit up and examine him again. The knot on his forehead is huge. Maybe he just got knocked out. I’ll have to figure out how to wake him up once I figure out where we are. It looks like our section of the plane somehow separated from the rest of the wreckage, which is why we’re alive and not a skidmark on the ground.

I shift in my seat and the world tilts. My eyes go wide and I freeze in place, then look around.

I can see trees overhead, and sunshine, but it’s just now occurred to me that we’re not on the ground. The chairs are tilted and everything shakes when I move.

I’m pretty sure we’re in a tree. Clutching at the arm of the chair, I sit up carefully and look around.

I see nothing but air and leaves, green vines and dappled shadows. In the distance, I hear the sound like heavy breathing again. I look at Mendoza, but it’s not him. Oh God. Is it Afonso? Is he still here? Biting my lip, I crane my neck and try to peer down below. We’re at least twenty feet off the ground.

It’s like the wreckage has been swallowed up by a wall of green. Green and wet. On the jungle floor, there’s more greenery and what looks like smoking wreckage. Pieces of the plane are scattered all over the forest floor, along with a few scattered suitcases. In the distance I see another row of chairs, this one facedown in the dirt. The heavy breathing starts again, and this time I see the source: a jaguar, stalking through the wreckage.

My eyes widen and I go very still.

A heavy rain begins to fall, spattering me from above. I don’t move. My gaze is on that jungle cat as it sniffs through things. If it notices us, I don’t know what we’ll do. Mendoza is unconscious and if I try to move him, we might both fall out of the tree . . . and land right in front of the cat.

The situation hits me and I start to cry. I’m alone. I’m really fucking alone. I’ve never camped a day in my life, much less been in a jungle. I look down at my hands. They’re my livelihood. My way to earn a living. My income depends on them being soft and perfect, my nails elegant ovals.

I have a long gouge down the back of one hand, and my pinky is bruised and swollen. My wrist looks like an elephant’s leg, if elephants were black and blue. Not gonna be hand modeling for a long while after I get out of here.

If I get out of here.

I’m sorry, Rose. I’m trying. I’m trying so hard. I shudder back a sob as the cat slinks into the underbrush, something dangling and arm-sized in its mouth. I’m in the jungle with a busted hand and a stranger that just wants the information I’m carrying . . .

And I don’t even have the information anymore. The purse is gone. I sniff hard, trying to fight back another sob that’s threatening to break free.

I turn and look at Mendoza. His shirt is sticking to his big body, wet raindrops splatting down his face. He looks at me and smiles crookedly, and lifts a hand to try to touch my face. “Don’t cry.” 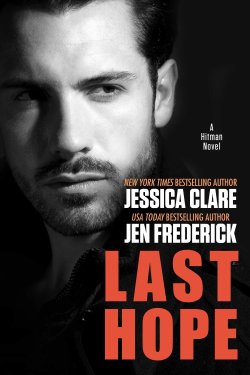 Mendoza: I grew up in the slums and lost everything I loved to poverty, illness, and death. I had only one skill to leverage myself out of my circumstances—violence. Being hired out as a mercenary hitman brought me money and built an empire. But all that I’ve fought for is in jeopardy. My next job: Steal secret information that could bring down world governments. Find my target. Destroy it. But then, I meet her.

Ava: Karma hates me. When my best friend Rose is kidnapped, I have no choice but to take a job as a mule for a pair of criminals intent on selling top-secret information to the highest bidder. I should have known that bad luck tends to cling, because the plane I’m on goes down. That I survived a crash-landing was a miracle. And so was being rescued by Rafe Mendoza—hot, sexy, dangerous. The thing is, he wants the information that I need to free Rose. I can’t let him have it, but I need his help. And I need to fight this crazy attraction for this mercenary with hungry eyes. Rose is depending on me, and I won’t let her down, no matter how appealing Rafe is.

This is a pen name for Jill Myles.

Jill Myles has been an incurable romantic since childhood. She reads all the ‘naughty parts’ of books first, looks for a dirty joke in just about everything, and thinks to this day that the Little House on the Prairie books should have been steamier.

After devouring hundreds of paperback romances, mythology books, and archaeological tomes, she decided to write a few books of her own – stories with a wild adventure, sharp banter, and lots of super-sexy situations. She prefers her heroes alpha and half-dressed, her heroines witty, and she loves nothing more than watching them overcome adversity to fall into bed together.