Sophie WARD is a scientist with the looks of a geek and the fantasies of a hot-blooded siren. She’s wanted security expert Chris Riley from the moment he first came to work at the Blackwood Research Institute that houses her lab. And the more she’s gotten to know the gorgeous bad boy, the more she’s fallen into lust with him. But despite the encouragement of her best friend, Sophie has never had the guts to ask him out. Until the day a fateful fortune cookie sets the ball rolling….

Chris RILEY is a man who knows what he wants…and it’s Sophie Ward. But circumstances have kept them apart for too long, and now his need for the adorable scientist is at the breaking point. She’s so shy, there’s no telling how she might react to the things he wants from her. Hell, she could even turn him in for sexual harassment. But none of that is enough to keep Chris from hungering for Sophie, and his patience is running thin….

When a mishap finally brings their mutual attraction out into the open, the scorching intensity of their desire is enough to burn them to ash. But will they be able to make something of the wreckage when Chris’s past rears its ugly head? Or will they lose the best thing they’ve ever found?

Making His Move made for a great weekend escape to San Diego.  My time in San Diego  started off with lunch in a Chinese restaurant located downtown where Sophie Ward and her bestie, Natalie, are having lunch.  Sophie gets just a little bit of a nudge from Natalie and a fortune cookie to finally ask out Chris Riley, her office crush.

Chris Riley…so worth staying downtown after lunch…getting to meet the security expert.  It isn’t too long in the afternoon before Chris has decided he is no longer fighting his attraction to Sophie.  The bad boy really knows how to raise those temperatures with his dirty talking.

No visit to San Diego would be complete without a mention of the beach.  We get our ocean views when Chris takes Sophie back to his condo.  The heat leaps off the pages when Chris finally has Sophie where he wants her.  Too bad I couldn’t prop those windows open and feel that ocean breeze…Chris and Sophie deliver some hot, sexy scenes.

I loved my quick trip to San Diego.  Making His Move is a quick, fast-paced read that delivers plenty of heat.  The banter between besties had me smiling and thinking of my own bff.  Sophie and Chris are likable characters that had me rooting for them getting together and working through a surprise or two.  I’m always looking forward to the next Rhyannon Byrd book and Nat’s story can’t get here soon enough. 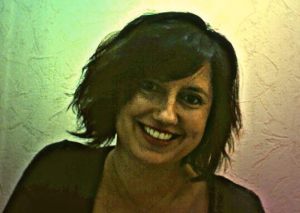