Eva Bennett might be known for her candid approach and sharp tongue, but on the inside she’s still a vulnerable twenty-four year old who’s sick of kissing toads and being habitually single.

Full of comical one-liners and wielding a charming smile, Sawyer Keeton is more than meets the eye. After the news of his brother’s tragic death, however, Sawyer is pulled into a place filled with crippling emotions and pain—a place no one can seem to reach him…until the moment Eva steps into his life.

A twist of fate will bring them together and then tear them apart, forcing the two to learn there are people in life whom you cherish and pray will never forget you.

Head over the Jennifer Snyder’s Facebook page to enter her Swag Pack Giveaway!

Jennifer Snyder lives in North Carolina were she spends most of her time writing New Adult and Young Adult Fiction, reading, and struggling to stay on top of housework. She is a tea lover with an obsession for Post-it notes and smooth writing pens. Jennifer lives with her husband and two children, who endure listening to songs that spur inspiration on repeat and tolerate her love for all paranormal, teenage-targeted TV shows.

SHATTERED SOUL was my debut novel and no, you haven’t seen the end of me yet…

We’re so excited to reveal the first two chapters for UNTIL YOU FIND ME by Amber Hart, which releases November 11th!

About UNTIL YOU FIND ME:

Amber Hart pushes contemporary romance to its wildest limits in this heart-pounding novel, the story of a girl who travels to Africa to protect the legacy of one man . . . and stays for the love of another.Raven Moore, a twenty-year-old college student from Michigan, feels out of place in the beautiful, treacherous jungles of Cameroon, staying in the habitat where her father gave his life to help protect endangered gorillas. He left home years ago; now Raven refuses to return home until she unravels the truth about his last days.Raven certainly doesn’t count on crossing paths with a handsome young hunter—especially one as charismatic and intense as Jospin Tondjii. Instantly, she’s hooked. But Jospin is hiding a dark truth: He is the heir to a powerful poaching empire, part of a ruthless black market that is responsible for the dwindling gorilla population.Their fathers may have been enemies, but Raven and Jospin forge a bond that goes beyond blood, a relationship that is tested as Raven draws closer to the source of her father’s death. Can she and Jospin bear the weight of the secrets of the wild—and the secrets of their pasts? Or will the rain forest destroy them both?

Add it to Goodreads here! You can also preorder it for just $2.99!

Chapters One and Two

Amber Hart grew up in Orlando, Florida and Atlanta, Georgia. She now resides on the Florida coastline with family. When unable to find a book, she can be found writing, daydreaming, or with her toes in the sand. She’s the author of BEFORE YOU, AFTER US, UNTIL YOU FIND ME, and sequel to UNTIL YOU FIND ME (untitled as of yet). Represented by Beth Miller of Writers House. 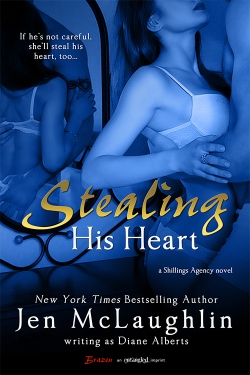 Shillings Agency employee Jake Forsythe is not happy to discover that the thief who he has to track down is none other than his ex-partner from his past. Now he’s forced to blackmail her into submission…or throw her in jail.

Tara Harris steals from the rich and corrupted, returning objects to their rightful owners one case at a time. When Jake shows up in her life, at first, she’s thrilled. But then when she finds out that she has to help the man she stole from or go to jail…it’s the choice between two evils.

These two can’t deny the burning passion between them, but when push comes to shove, they’ll have to lay their hearts and their lives on the line.

When he pressed even closer to her soft belly, she tossed her head back, her arched neck showing him more than any other action could. She practically begged him to kiss her there. To take her. He didn’t move a muscle. Not yet.

“I’m sorry I left you that night.” He lowered his face to her neck, but didn’t touch. “Sorry I didn’t finish what I started.”

She shook her head frantically, but her hips moved restlessly against him. “I don’t even know what you’re talking about. I don’t remember—”

“Bullshit.” His grip on her tightened. “You know what I’m talking about, so don’t act as if you don’t. You’re not fooling either of us with that act.”

She exhaled. “It doesn’t matter. You obviously weren’t interested in finishing. You made that quite clear. There’s no need for explanations years after the fact.”

Not interested, his ass. “I was interested.” He hesitated, not sure how much to say. Not sure how to explain himself. “I wanted you more than I’ve ever wanted anyone before.”

Her eyes narrowed. “Then why did you stop?”

“I wasn’t good enough for you. The things I did…the things I liked…you deserved better. You needed better. Still do.” He shook his head, pressing his mouth into a tight line. “We wouldn’t work together, let’s just put it that way.”

“I’ll let you believe that if it makes you feel better,” she said, her brows gathered close. “Whatever helps you sleep at night, man.”

“Being alone helps me sleep at night.” He pulled back without tasting her. It was a hell of a lot harder than he’d thought it would be. “It’s safer that way for everyone.”

When he started to pull away, she wrapped her leg around his, opening herself to him. “Wait. Why do you think you need to be alone?”

He could feel her heat begging for his cock. He rolled his hips, making sure to rub against her clit through her jeans. It felt good. Too good.

Time to end these games.

“I didn’t tell you to move,” he said, his voice harder than necessary. He needed to show her how he rolled in bed. Needed to scare her off so she’d stop pushing him. If she pushed too hard, he might snap. “Don’t move without asking me first. Understood?”

“Wh-What?” She shot him a wary look, her brow furrowed. Had he scared her with his warning? If so, then his plan had worked. “I don’t wait for orders from anyone. Especially not you.”

“That’s why I walked away from you that night.” He nipped at the spot where her shoulder and neck met, hard enough to reprimand her for her insolence. He hadn’t meant to get so proprietary so fast, but with her? He didn’t have a choice. “When I fuck a woman, she needs to play by my rules. She needs to obey me. You’re not that woman.”

He adjusted his grip on her wrists so he could hold her with one hand. Then, he grabbed her thigh and wrapped it around his waist. His cock nestled perfectly against her, and he thrust his hips as best as he could with their damn clothes in the way. “Yes, obey me. Don’t worry. You’d love every second of it.”

Diane Alberts is a multi-published, bestselling contemporary romance author with Entangled Publishing. She also writes New York Times, USA Today, and Wall Street Journal bestselling new adult books under the name Jen McLaughlin. She’s hit the Top 100 lists on Amazon and Barnes and Noble numerous times with numerous titles. She was mentioned in Forbes alongside E. L. James as one of the breakout independent authors to dominate the bestselling lists. Diane is represented by Louise Fury at The Bent Agency.

Diane has always been a dreamer with a vivid imagination, but it wasn’t until 2011 that she put her pen where her brain was, and became a published author. Since receiving her first contract offer, she has yet to stop writing. Though she lives in the mountains, she really wishes she was surrounded by a hot, sunny beach with crystal clear water. She lives in Northeast Pennsylvania with her four kids, a husband, a schnauzer mutt, and a cat. Her goal is to write so many fantastic stories that even a non-romance reader will know her name.

Release Date is Sept 15
An alpha male boxed set by New York Times bestselling romance authors Laurelin Paige, Emma Hart, and Kendall Ryan, including Fixed on You, Late Call, and When I Break, plus featuring the hot new romance Dirty Little Lies by Clare James. Four full length novels for one low price! Available for a limited time only! 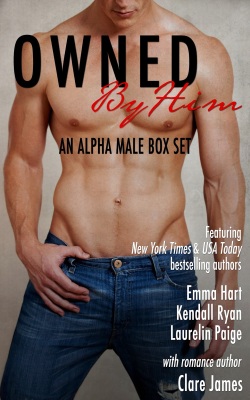 Fixed on You by New York Times bestselling author Laurelin Paige
A bartender with obsessive tendencies and a billionaire built on dominance come together in a steamy story that explores the line between head games and love-cures-all.

Late Call by New York Times bestselling author Emma Hart
She’s a high class call girl. He’s taking over his father’s business.
Seven years ago, they fell in love in Paris.
They walked away at the end of the summer, never imagining they’d meet again.
Now he’s her client.

When I Break by New York Times bestselling author Kendall Ryan
What happens when a sex addict falls for a virgin? With his life unraveling, Knox Bauer attends a local Sex Addicts Anonymous meeting where he finds himself tempted by the alluring instructor, McKenna.

Dirty Little Lies by Clare James
After a nasty breakup, good girl Stevie Sinclair creates a sexual bucket list. And the mysterious Gabe Shannon is all too willing to help her check off each and every item … and then some.