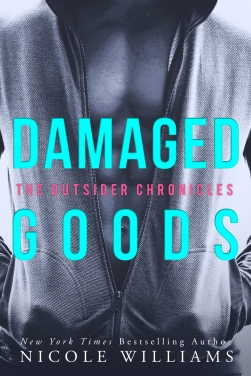 When Liv Bennett said good-bye to her sinkhole of a hometown, she planned to leave that chapter of her life behind forever. But forever turned out to only be three years.

After her addict of a mother up and disappears, Liv returns to what she considers her own personal hell smack in the middle of nowhere Nevada to take care of her two younger sisters, and she promptly reinstitutes the golden rule that got her through her first nineteen years of life without getting knocked up, roughed up, or messed up: don’t date the local boys and, god forbid, don’t fall in love with one of them.

It isn’t long before that golden rule is put to the test.

Will Goods grew up in the next trailer over, but the wild, careless boy who used to tear up the town with his three brothers has morphed into someone else so completely, he’s almost unrecognizable. The quiet, contemplative man who works on cars every night and takes care of his mentally ill mother every day is nothing like the local boys Liv grew up avoiding.

But when Liv considers suspending her golden rule just this once, she finds out something about Will that will change everything.

Will Goods isn’t who he used to be—he’s not even the man Liv thinks she’s gotten to know over the summer. He’s become someone else entirely.

The author is offering a release giveaway! Visit Nicole’s Facebook page to enter!