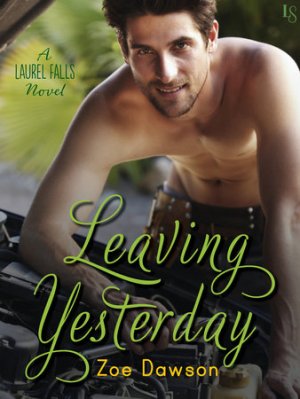 If you love Susan Mallery, Kristan Higgins, or Rachel Gibson, don’t miss the start of this captivating small-town romance series!  Laurel Falls, Montana, features spectacular mountain scenery—but it takes a rugged cowboy to convince one woman to slow down and enjoy the view.
Rafferty Hamilton doesn’t plan on putting down roots anytime soon. With her divorce final, the hotel heiress has left Manhattan behind to scout new locations for her family’s chain of resorts. Which is why
it’s so frustrating to be stranded in Laurel Falls while a good-looking, slow-talking, Stetson-wearing mechanic takes his sweet time with her overheated coupe.
A decorated vet who paid his dues in Afghanistan, Trace Black can fix anything with an engine and get it revving—even Rafferty’s ridiculous sports car. He’s couldn’t say the same for the knockout driver, who
looks like she’s never gripped a gear shaft in her life. Women like Rafferty don’t usually stick around in Laurel Falls, but Trace finds himself showing her everything his hometown has to offer before she cruises on down the road.
As the days pass, Rafferty finds herself charmed by the pace of life and the openhearted warmth of the residents. She’s even tempted to trust again—and it’s all thanks to Trace. He’s not the kind of guy she’s used to falling for, but he just might be the man she needs.
BUY NOW
Amazon | B & N |Google Play| iTunes | Kobo 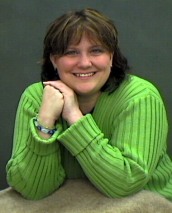 Zoe Dawson had always dreamed of becoming a full-time romance writer, and with determination, persistence, and a little luck that wish came true. Her other passions include traveling the world,
owning a beach house (she believes she was a mermaid in another life), and seeing her books in movies. When she’s not writing, she’s painting or killing virtual MMORPG monsters in World of Warcraft. She lives in North Carolina with her two grown children and one small, furry gray cat.
Website | Facebook | Twitter | GoodReads