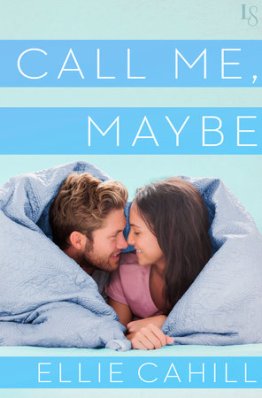 “Ellie Cahill is definitely one to watch!” raves bestselling author Cora Carmack, and this steamy, upbeat modern romance about connecting in all the best ways proves it once again.
Clementine Daly knows she’s the black sheep. Her wealthy, powerful family has watched her very closely since she almost got caught in an embarrassing scandal a few years ago. So when Clementine’s sent on a mission to live up to the Daly name, politely declining isn’t an option. Of course, the last thing she does before boarding the plane is to grab a stranger’s phone by mistake—leaving the hunky journalist with her phone. Soon his sexy voice is on the line, but he doesn’t know her real name, or her famous pedigree—which is just the way Clementine likes it.
Despite all the hassles, Justin Mueller is intrigued to realize that the beautiful brown-eyed girl he met at the airport is suddenly at his fingertips. They agree to exchange phones when they’re both back in town,
but after a week of flirty texts and wonderfully intimate conversations, Justin doesn’t want to let her go. The only problem? It turns out that Clemetine has been lying to him about, well, everything. Except for the one thing two people can’t fake, the only thing that matters: The heat between them is for real.
BUY NOW
Amazon | B & N | Google Play| iTunes | Kobo 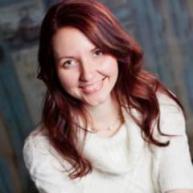 Ellie Cahill is a freelance writer and also writes books for young adults under the name Liz Czukas. She lives outside Milwaukee, Wisconsin, with her husband, son, and the world’s loudest cat.
Website | Facebook | Twitter | GoodReads