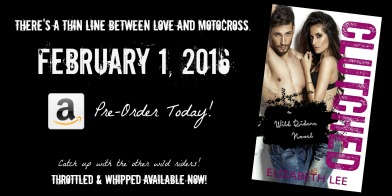 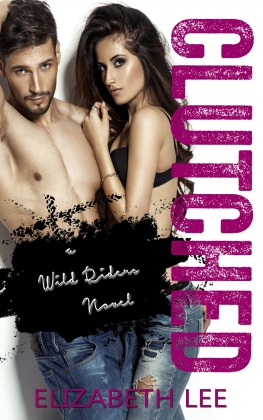 Chayse McCade learned along time ago that the only person she can depend on, both on and off the motocross track, is herself. Her parents disappointed her on more than one occasion and every relationship she’s ever had—platonic, professional, or romantic—has ended in disaster. When a sponsorship offer from Throttled Energy comes along she worries that it’s too good to be true. Especially when she meets the know-it-all riding coach they are insisting she work with.

Hoyt Travers is a lot of things. Level headed, discerning, intelligent, patient, or so he thought. That is until his new riding student rolled into his life. She’s wild, unpredictable, and gorgeous—all of which she uses to get under his skin in every possible way.

The two of them have undeniable, explosive chemistry that threatens to burn both of their dreams to the ground. Once Chayse let’s Hoyt in, she can’t seem to keep her protective walls up anymore. Too bad there’s a hard rule about them being anything more than colleagues. Hoyt never steps outside the lines but Chayse will push him in more ways than one. Lines will be irrevocably blurred in the final installment of the Wild Riders series.

“I’m not sure exactly what has your panties in such a twist today,” I bit out, standing to face him. “All I’ve done is exactly what you’ve told me to. The past week, I’ve been on time. I’ve done every workout. I’ve watched every film. Even the ones of my deadbeat dad, thank you very fucking much for that, by the way. All I asked was how much longer you planned on making me watch other people ride when that’s exactly what I should be doing. Riding.”

I could see the remorse in his eyes but his stubborn stance remained. “Oh, you’re a coach now?”

“I don’t know. Are you?” I couldn’t stop the words if I’d wanted to. This guy had been pushing my buttons and I’d had enough. I felt my nails bite into my skin as my hands balled into fists at my side. “You helped your brother. Big deal. You’ve got about as much experience coaching as I do.”

He shook his head and huffed out a breath.

“If I was coaching a rider, I sure as shit wouldn’t expect the person I was hired to help to sit on her ass all afternoon and waste daylight. The whole point of a riding coach is to be coach while riding. Why that’s such a hard concept for you to understand, I’m not sure.”

“Oh I understand the concept,” he assured me, pushing the chair that was separating us to the side. I felt my chest heave with the effort of taking in oxygen when he stepped toward me. His eyes looked like laser beams about to cut completely through me. “The problem is, the second you fire up your bike, you stop listening. You stop paying attention to the words that are coming out of my mouth. At least in here, sitting on your ass, you are paying attention.” He reached up and tapped my forehead with his finger. “If you could get your brain to stop pretending that it knows everything then maybe I’d be more inclined to let you ride.”

I fought back a laugh. A laugh that was brought on by the fact that I was so utterly pissed at him that my only option was the laugh, cry, or punch him in the face. I never pretended to know it all. I never even pretended to know half of it.

“Well, maybe if you’d get this,” I reached up between us and tapped my finger against his forehead the same way he’d done to me. “Out of your ass and actually act like a coach instead of a drill instructor, I’d be more inclined to listen.”

He didn’t move. He didn’t even flinch. He stood there with his jaw clenched and his eyes still locked on mine. I’d expected him to say something. To argue that I was wrong. Hell, a tiny little part of me even actually thought he might apologize. Instead, he did nothing.

Glaring and breathing—that was all we were both capable of at that particular moment. 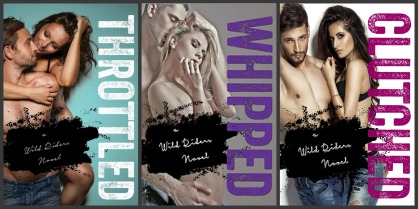 For more on Elizabeth Lee and her books visit http://www.elizabethleewrites.com