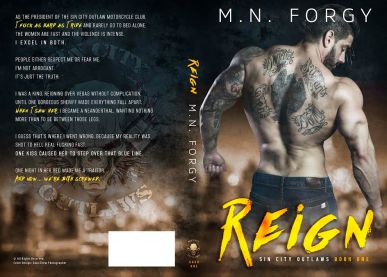 One bad biker. One gorgeous sheriff. 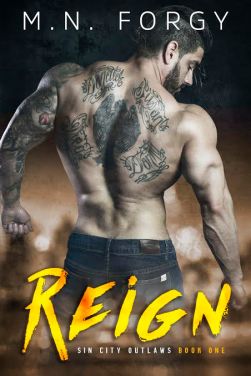 As the president of the Sin City Outlaw Motorcycle Club, l I fuck as hard as I ride and rarely go to bed alone.

The women are fast and the violence is intense.

I excel in both.

People either respect me or fear me. I’m not arrogant. It’s just the truth.

I was a king, reigning over Vegas without complication, until one gorgeous sheriff made everything fall apart.

When I saw her, I became a Neanderthal, wanting nothing more than to be between those legs.

I guess that’s where I went wrong, because my reality was shot to hell real

One kiss caused her to step over that blue line.

One night in her bed made me a traitor.

And now… we’re both screwed. 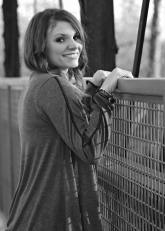 M.N. Forgy was raised in Missouri where she still lives with her family. She’s a soccer mom by day and a saucy writer by night. M.N. Forgy started writing at a young age but never took it seriously until years later, as a stay-at-home mom, she opened her laptop and started writing again. As a role model for her children, she felt she couldn’t live with the “what if” anymore and finally took a chance on her character’s story. So, with her glass of wine in hand and a stray Barbie sharing her seat, she continues to create and please her fans.