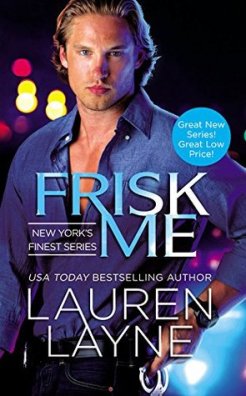 After a photograph of Luc Moretti saving a tourist hits social media, he instantly becomes New York’s most famous and beloved cop. When a major network decides to run a special on the “American Hero,” Luc’s boss gives him no choice but to cooperate in the name of good exposure for the department. Luc doesn’t mind the celebrity status-what he does mind is the gorgeous brunette journalist who’s been assigned to follow his every move. Especially since she also happens to be the same knockout that rejected him rather publicly the week before.

Ava Sims is a woman who gets what she wants. And what she wants is to be CBC’s lead anchor-but to get there, she’ll need to nail the fluff piece on the playboy cop. Luc Moretti is everything Ava knows to stay away from: a stubborn charmer with a hero-complex. But the more Ava gets to know Luc and his oddball family, the more she realizes that beneath the swagger and the blue uniform is a complex man who makes her heart beat too fast. Soon, Ava’s doing the unthinkable, and falling for the best of New York’s finest …

A woman stood in the back corner of the room, helping herself to coffee from the fancy coffee machine Brinker kept for his own personal use.

Her body was mostly hidden by one of the horrible potted plants that Brinker’s wife insisted gave his office “homey character.”

And then she stepped into plain view.

He couldn’t help it; he checked her out. Everything about the woman demanded a second look, the legs in particular.

Luc had never really considered himself a legs-man, being more of an “equal opportunity” guy when it came to female body parts. (Although, if his mother ever asked, he’d swear up and down that he only ever noticed personality. Maybe the eyes.)

But the legs on this one were damn near perfect. For that matter, the high breasts and slim waist also earned high marks.

Her subdued black skirt and white blouse should have been boring, but they’d obviously been perfectly tailored to fit her trim frame perfectly.

The black high heels were icing on the already perfect cake.

Then he looked at her face, and for a second, Luc felt just a little bit dazed.

If anything, her features were even more perfect than the body. Her eyes were maybe just slightly too large for her otherwise petite features, but there was no doubt about it, the woman was stunning.

And yet, there was something else there too, just beyond the jolt of sexual awareness.

Luc might not have his brother Vincent’s photographic memory, but he was pretty damn good with faces. And he was pretty sure he knew this one. His brain scrambled to place her, but he kept coming up empty.

Her eyes narrowed almost imperceptibly on Luc, and his narrowed right back. He definitely knew her from somewhere.

She gave him a slow, knowing smile. “Fifth and Fortieth, three years ago.”

He shook his head to indicate he didn’t follow.

“You’re trying to figure out how you know me. Three years ago, you gave my news van a parking ticket, and we exchanged…words. That’s where you know me from. I’m Ava Sims.” 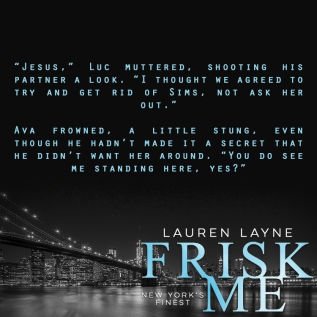 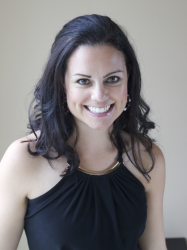 Lauren Layne is the USA Today Bestselling author of more than a dozen contemporary romance novels.Prior to becoming an author, Lauren worked in e-commerce and web-marketing. A year after moving from Seattle to Manhattan to pursue a writing career, she had a fabulous agent and multiple New York publishing deals.

Lauren currently lives in Chicago with her husband and plus-sized Pomeranian. When not writing, you’ll likely find her running (rarely), reading (sometimes), or at happy hour (often). 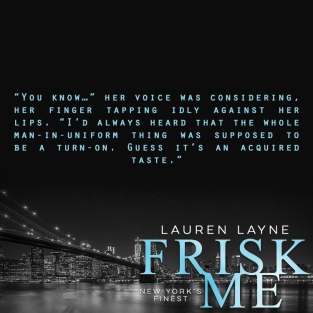 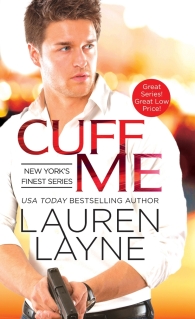