Jennifer Chance’s Rule Breakers series turns up the heat as a wealthy playboy and a beautiful con artist engage in a high-stakes game of seduction.

Want to get to know Jennifer better? Check out this exclusive interview!

As dominating in business as he is in bed, Rand Sterling Winston, IV, always gets what he wants. And even before he realizes that she’s scammed him into paying triple the cost for her friend’s painting, he wants Dani Michaels. To catch her alone, Rand demands she personally deliver his purchase. The attraction between them is immediate and electric, and he knows she feels it, too. So when the part-time petty thief rebuffs his advances, he gives her a choice: a night in jail or an evening with him.

Despite her checkered past, Dani has never met someone like Rand: brooding, intense, and oh-so tempting. Only a man with a broken soul could make losing control feel this dangerous. Still, when Rand proposes a no-strings, no-holds-barred affair, Dani’s more than a little intrigued. It’ll be the trickiest con she’s ever run and a chance to indulge her steamiest fantasies—nothing more. But as their encounters grow increasingly intimate, Dani uncovers a vulnerable side to Rand’s steely exterior . . . and opens her heart to the ultimate risk.

“I really must be going.” Dani turned, offering a smile. She had a clear run at the door, and she gestured to the painting. “I hope you enjoy it.”

“Let me get you a receipt.”

“I insist.” Rand turned to his desk, swiveling the notepad around and tearing free a loose sheet. He jotted down a quick note of thanks, signed and dated it. Dani had followed him to the desk.

“Truly, it isn’t necessary, Mr. Winston,” she said as he handed it to her. She opened her purse, and he heard the telltale buzz of her silenced phone. She didn’t even look at it, but the effect it had on her was instantaneous, her artfully easy manner now going tight as a drum.

“Necessary,” he mused, and something in his voice made her glance up sharply. The shiver of control it took for her not to step back from him was obvious, but Rand wasn’t about to let her get away a second time. “And do you always do only what is necessary?”

“Saves time, she said again. But her eyes were on his lips, and he felt the attraction between them like a living thing. He lifted a hand, and while her body didn’t flinch, her eyes did.

Another surge of emotion blazed through him, this one hotter, less controlled. He didn’t understand that flinch of hers, the reflex she could not quite quell. But he knew the reaction wasn’t about him, and he wanted her to only think of him in this moment—to have the same intensity of emotion, the same nerves, the same trepidation, even a little fear. He didn’t mind her fearing him. He expected it. But the nature of that fear was what intrigued him.

“Ah, fuck it,” Dani said, startling him again. She stepped into his body, reaching up to draw his head toward hers. “I don’t have all goddamned night.”

She kissed him, hard, and the spears of desire touched together at their tips, igniting Rand with need. Still, he didn’t move forward, just let Dani pull him closer in, sensing that the deepening of the kiss was something she hadn’t planned for. His hands went naturally to her waist, and felt large against the curve of her hips, anchoring her almost possessively. She pulled away—or tried to, her body leaning back even as he kept her still and tight. Her smile was satisfied against his lips, and understanding lit through him. She’d won, he realized. By controlling the kiss between them, by taking the initiative and coming to him, instead of waiting for him to come to her, she had won.

“Was that what you wanted, Miss Michaels?” he asked, and he deliberately kept the teasing challenge in his voice.

She drew in a sharp breath, but didn’t take the bait. “Everything I could have hoped for,” she said, leaning back with a smug grin.

“He lifted his brows. “Did I just experience sexual harassment?”

Dani’s smile flashed a little more broadly now. “I do apologize, sir. I was just so swept away.”

“Hmm.” He eyed her. “You didn’t seem terribly swept away. I must be losing my touch. Perhaps I should try again.” 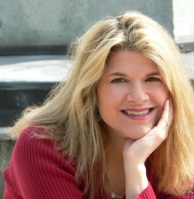 Jennifer Chance is the award-winning author of the new adult Rule Breakers series. A lover of books, romance, and happily-ever-afters, she lives and writes in Ohio.

Jennifer is offering up a fabulous prize during the Risk It Release Day Blitz event. One lucky Grand Prize winner will receive a $5o Gift Card for Amazon or B&N (winner’s choice)! To enter, simply fill out the Rafflecopter below:

Ellie and Justin will soon learn everything can change in the blink of an eye.

When FBI Agent Ellie Marks goes on vacation to Bailey Island in Maine, she plans on having a relaxing few weeks to reset her mind. After an extreme undercover mission and being shot, she needs some time to forget everything horrible that has happened in her life.
She doesn’t plan, however, on meeting Justin Bennett, an ex Navy Seal. An instant attraction forms like neither have ever experienced, bonding them.
A mysterious disappearance of three of the island’s residents begins a chain reaction of secrets that changes everything they thought they knew.
The only thing Justin knows for sure is that he doesn’t plan on letting anything get in the way of his and Ellie’s happiness. 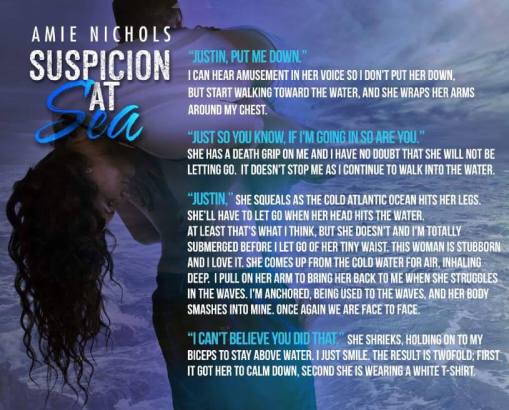 What reviewers are saying


“This is a romantic suspense with lots of twists and turns in the plot. It is gripping and engaging and has your mind going heywire trying to get to the bottom of the mystery. As if that wasn’t enough the chemistry between Ellie and Justin, the smoking hot Navy SEAL with an over-protective and possessive streak, is off the charts. This is a quick, really enjoyable read and I would definitely recommend it.”
~ Fictional Men’s Page for Book Ho’s
“…outstanding plot and unbelievably amazing characters…wonderfully original story of love, loyalty, and hope…Nichols has found herself a new and excited fan…I would encourage anyone who enjoys romantic suspense to pick up this book and read it. You will not be disappointed in the least!”
~ The Wonderings of One Person book blog
“Love love Loved it so much, Amie never fails at creating a amazing story/world that you get so caught up in. Fantastic romance, Amazing Steamy Sex !! Beautiful characters and the suspense Mystery is brilliant!! Kept me wanting more, not wanting to put it down until I was finished. Recommend to everyone!!”
~ PNR Book Lover Reviews 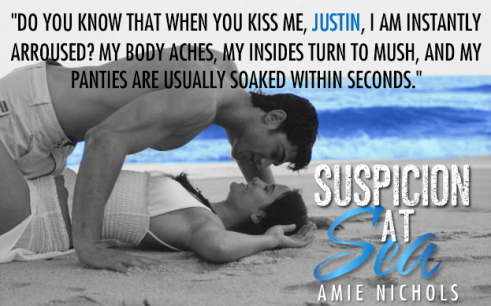 Facebook | Twitter | Amazon | Goodreads
I’ve have met some amazing woman on my journey so far, and have learned so much. (Sometimes the hard way.) I’ve been like a sponge soaking up all the information I can on how the publishing world works. It’s been a rollercoaster ride with its ups and its downs.
No matter what, I will never regret anything I’ve done. You can’t succeed if you don’t try, and if you don’t try you won’t succeed. One of my favorite quotes “If the dream is big enough the facts don’t matter”.
Some other info about me, I love my family, friends, wine and anything caffeinated. I also love writing HEA. For the same reason I won’t watch a movie that I know will make me cry, (with the exception of Steel Magnolias) I will never write a book without a HEA. There might be a few twists and turns, a cliffhanger or two. But ultimately my stories will leave you feeling warm and fuzzy inside. For me, reading is entertainment, a way to escape this crazy insane world. If a book leaves me feeling sad, mad or gut wrenched, it is not for me. There is enough gut-wrenching sadness in this world, I don’t need to read about it too.
I started writing four years ago, and have no plans on stopping. So keep your eye on me because with the help of some amazing people and my wonderful fans, this girl is going to be on the New York Times bestselling list someday.