When the game leaves the field in the second book in the USA Today bestselling BY HIS GAME series and mixes with sex, lies, and betrayal, the future isn’t the only thing on the line…

Macey Kelly has sworn off men. Unless they’re going to zip in and out of her apartment—and her vagina—quicker than they can give her an orgasm, she’s not interested. Finding out her boyfriend of three years got her cousin pregnant was a total confidence knock. Luckily for Macey, confidence is something she has in abundance, so all Mitch’s asshole move did was make her pretty cynical toward men.

The last thing Jack Carr needs at the start of the season is for a dark-haired, sexy as sin, gyspyesque beauty to be consuming his thoughts. Football is his life, which leaves no time for girls. Unless they’re the love ‘em and leave ‘em girls. Becoming one of the best running backs the league has ever seen by racking up the yards is his top priority… not bedding Macey Kelly, despite her affinity for blow jobs and total sexual abandon.

Avoiding each other is the perfect solution, but when your best friends are in a serious living together kind of relationship, that isn’t always an option. Sometimes, sex on tap is the easiest option. And the sweetest.

Until Mitch shows up with a bombshell that could shatter Macey’s perfectly carved out life. It’s been a year, but he isn’t giving her up, not now he has a chance at winning her back. And he knows her buttons. Every single one of them.

Unfortunately for him, Jack Carr isn’t a loser. The star running back has his eye on the Vince Lombardi—and on Macey. But seeing her hanging between them both isn’t something he’s down with, not when he discovers why she’s so against anything more-ish, as she puts it.Macey quickly realizes she’s the ball being passed between two desperate yet opposing teams, and that only one of them can score the touchdown. But will the winner be the guy she lived with and loved for three years, or will the winner be the guy who understands her and makes her body come alive?

In this game, someone will be sidelined, and calling the play isn’t always as easy as it seems.

(SIDELINED is a full-length, standalone novel. It’s not necessary to read BLINDSIDED before this book, but it is advised.)

“You remember to write down the orange juice one?”

He licks his fingers and comes over. I kick a little more frantically, because, well, explaining them is going to be awkward. Jack grabs my pen and the orange pad and scribbles on it.

Note to self: Get a second carton of OJ for Jack.

“Noted.” I pull the square off the pad and drop it on the floor with the others.

“Why is my name on the pink notes?”

“And Mitch’s on the yellow?” He turns toward me. His face is dangerously close to mine, and there’s a glint in his eyes that… Well, I don’t know what it is, but it sure as fuck isn’t good.

“Seems to be a helluva lot more yellow than pink, baby.”

“Well, in my defense, half of Mitch’s say ‘fucked my cousin,’ which adds to his total.” I smile weakly.

“All right, I think I’m gonna regret askin’ this.” Jack sits up straight. “Why are you making pros-and-cons lists?”

I open my mouth and close it again. Shit. I was kind of hoping to avoid this conversation.

“Promise you won’t get mad,” I say softly, looking down.

“I…” I swallow, sensing that that’s the closest to an agreement I’m going to get. “I saw Mitch earlier.”

I wait, but Jack says silent.

“I asked him why he was outside my apartment yesterday.”

“Doesn’t take a fuckin’ genius to work it out,” Jack grinds out.

“He wants me back.” I look at the TV. “He…doesn’t seem to understand that I’m not in love with him.”

“You sure about that, Macey?”

I frown, snapping my eyes to Jack, who’s now leaning against the table. “Of course I’m sure!”

“Yeah? ‘Cause you don’t seem to hesitate running to him when he comes knockin’ at your door.”

“What are you saying?” I stand up slowly, my stomach twisting at his words and the implications of them.

“According to you, he broke your heart so fucking badly that you hate him. Yet, when he knocks at your door or hangs out outside your apartment, you’re not exactly hesitant when it comes to runnin’ after him to see what the fuck he wants. Yet you can’t call me.” Jack turns slowly. “That’s what I’m fuckin’ saying.”

Jack pushes off from the table and walks to the door. His fingers curl around the handle and he looks at me, his green eyes on fire, so angry that they’re sending tremors through my body. “You answer him?”

“He begged for another chance. Did. You. Fucking. Answer. Him?” 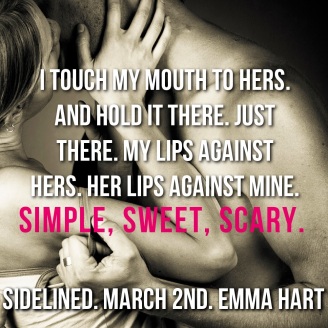 From Emma Hart, the New York Times bestselling author of the
Game series, comes a brand new series where the game is realer, the tension is
tighter, the sex is hotter, and the stakes are the highest of all… 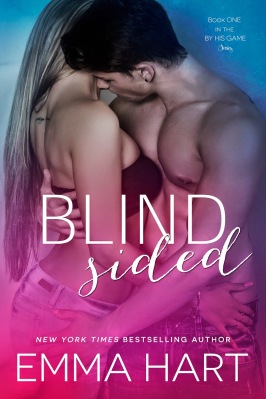 Two people. Two agendas. Two games.
What happens when the out-there It-Boy of football meets the
secret It-Girl of fashion?
As the daughter of Hollywood’s sweetheart, Leah Veronica
can’t even buy a coffee without finding her face on a magazine stand, so it’s no wonder she’s launching her first fashion line in secret. With it debuting at New York Fashion Week in just under a month, extra time in the spotlight is the last thing she needs.
The son of the best quarterback the league has ever seen,
filling legendary shoes as the L.A. Vipers’ quarterback was inevitable for Corey Jackson. So was meeting Leah Veronica—the first girl to hand him his ass without putting a hair out of place.
Getting the handsome, prickly blonde into his bed becomes
his number one goal. But getting the sexy, over-confident footballer the hell away from her becomes Leah’s—at least until she realizes the best way to do that is to give him what he wants.
If only it was that simple.
When Corey discovers who she is, and private photos of Hollywood’s finest find their way online, everything they thought they knew is thrown into disarray.
And when secrets are exposed and hearts are shattered, they have to figure out if they’ve been blindsided by love or reality, and if it’s worth running the extra yard to win the game they never meant to play.
AmazonUS  **  AmazonUK  **  Barnes & Noble  **  iBooks  **  AmazonAU  **  AmazonCA 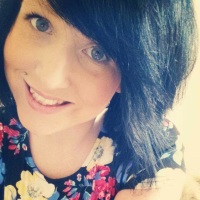 She likes to be busy – unless busy involves doing the dishes, but that seems to be when all the ideas come to life.
NEWSLETTER ** FACEBOOK ** TWITTER ** GOODREADS ** AMAZON AUTHOR PAGE