She’s the solution to his problems.

Love is the last thing they expected to find.
Damon Prescott had it all. Star quarterback. Money. Fame.
Now?
He’s being accused of taking performance enhancing drugs and banned from the sport and team he loves.
Determined to prove he’s innocent, he hires tough as nails private investigator, Evie Wolfe.
She’s able to bring a man to his knees with a glare, yet sensual in ways that take him off guard – and she’s everything Damon didn’t know he needed.
Evie’s used to men dismissing her, especially playboys like Damon Prescott so she’s not buying the sexual lines he’s trying to sell. She’s with him to do a job, nothing more. But you know what they say about the best laid plans? Sometimes you end up between the sheets with an arrogant football player anyway.
But when the case is over, can Damon convince Evie she’s the only woman for him or will she leave him tied up in love? 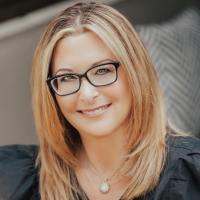 NY Times, Wall Street Journal, and USA Today Bestseller, Carly Phillips gives her readers Alphalicious heroes to swoon for and romance to set your heart on fire.
She married her college sweetheart and lives in Purchase, NY along with her three crazy dogs: two wheaten terriers and a mutant Havanese, who are featured on her Facebook and Instagram.
The author of 50 romance novels, she has raised two incredible daughters who put up with having a mom as a full time writer.
Carly’s book, The Bachelor, was chosen by Kelly Ripa as a romance club pick and was the first romance on a nationally televised bookclub.
Carly loves social media and interacting with her readers.
Want to keep up with Carly? Sign up for her newsletter (below) and receive TWO FREE books at www.carlyphillips.com.
Connect with Carly Phillips
Website | Facebook | Twitter | Instagram | BookBub
Amazon Author Page | Goodreads
Hosted By:

Carly Phillips’ second in her Dare Nation series, Dare to Tempt, is a steamy, sweet romance with enough suspense to keep you reading. I love the chemistry CP delivers over and over. Damon and Evie don’t disappoint.

Dare to Tempt gets all the checks for me, a sports romance that has a fake relationship with a bit of suspense. I was sad to reach the end but already looking forward to the next in Dare Nation.