All in one link page

An emotional friends to lovers romance full of risky secrets and late-night lessons in seduction.

Dylan is my best friend, and the only person in my life who understands me. He doesn’t mind my social awkwardness or my weird history. The only glitch? He doesn’t know that I’ve been hopelessly, desperately in love with him since the first day we picked apples together in his family’s orchard.

But I know better than to confess.

Now that I’ve joined him at college, I’m seeing a new side of him. This Dylan drinks and has a lot of sex. None of it with me.

Until the moment I foolishly ask him to tutor me in more than algebra…and he actually says yes.

One crazy night sets our friendship on fire. But now my heart lies in ashes, and nothing will ever be the same again.

“So why were you having a bad day, anyway?” Ellie asks. “Man trouble?”

“Not exactly. It’s more like a lack of man trouble. I kissed my hot algebra tutor. And I wasn’t supposed to.”

“Do you have a boyfriend?”

“No.” She makes a face. “It would be nice, though. This year is kind of lonely. My roommate is a total bitch.”

“Yeah?” Ellie’s eyes brighten. “Does yours steal your clothes and then lie about it?”

“Um, no. She wouldn’t want any of my things. We have singles, anyway. Just a common bathroom.”

“Lucky! She must be easier to stand, then.”

“My roommate took my brand-new scarf. With the tags still on! And when I called her out on it, she tried to gaslight me.”

“Gaslight?” I feel my cheeks flush like they sometimes do when I don’t understand the idioms that people use.

“You don’t know Gaslight? It’s a movie from the forties.”

“Ingrid Bergman,” says Dylan’s voice. “We haven’t got around to the classics yet.”

I startle, sloshing my tea over my hand. And when I look up, Dylan is right there. Clear brown eyes. Tousled hair. Tight, muscular body that’s clothed in a nice sweater and ripped jeans. A handsome face that I finally kissed.

Pain slices through me. Because I’m never going to get over him. There will never be a day when I look at Dylan and don’t wish for more.

“Can I talk to you for a quick second?” he asks, taking the mug and grabbing a napkin off the table. He wipes the tea off my hand.

“Now is not a good time,” I say quickly. Because I don’t want to cry in the coffee shop in front of my only new friend.

Dylan actually rolls his eyes. “Fifteen seconds, Chass. Give a man a break.”

“I’d talk to you.” Ellie raises her hand like a school girl. “Pick me.”

And that’s just what I need—another girl in my life who’s swooning for Dylan. Because that always turns out well.

“Fine. Fifteen seconds.” I jump to my feet. Let’s get this over with.

Dylan takes my arm and tows me gently over toward the bulletin board, where nobody is currently reading the flyers for meditation circles and ski equipment sales.

“Look, I’m sorry,” is his opener. “You’re avoiding me. Not that I blame you. I’m sorry things got so out of control.”

“Which things?” I ask warily. Because I don’t want an apology for fooling around with me.

“Pick one!” Dylan raises his hands. “All the things. I shouldn’t have been so inappropriate.”

“But…” I know Dylan was in a serious state of drunken depression when he kissed me. It’s not like I was expecting to hear those kisses made him as happy as they made me. But would it kill him to be a little less patronizing? “Dylan, I’m not twelve years old. It was just a kiss or two. I don’t think I’ll need a full course of therapy to recover.”

“So did you really need to drag me over here to apologize a third time? Did you apologize to all the girls you kissed during Spin the Bottle in seventh grade?”

I heard about Spin the Bottle and Seven Minutes in Heaven only last year, by eavesdropping on Debbie and her buddies at another bonfire. I’d been transfixed by their tales of who’d kissed whom over the years and how often.

At thirteen, Spin the Bottle would have sounded like heaven to me. Seven minutes in a closet with a boy? I would have lobbied for eight. I was always the most inappropriate girl in the bunch.

Yet somehow Dylan sees me as some kind of innocent child.

“No. Good point.” He crosses his delicious arms and smiles at me. “You are in a feisty mood today.”

“No.” He shakes his handsome head. “Not at all. Are we going to hug it out?” He opens his big arms wide.

Oh boy. I can’t resist stepping into them. And when he pulls me in, I experience the familiar hormone rush that always happens when I’m close to him. Rapid heartbeat? Check. Goosebumps? Check. My nose lands against his flannel shirt.

My mouth is mere inches from his, of course. But this time he has no interest in kissing me. It takes all my willpower to give him a squeeze and then step back.

“Be well, Chass. I’ll leave you to your tutoring session, even if you’re basically cheating on me right now. But we’re still making caramels this weekend, right? I told Griffin we could use six gallons of goat’s milk. Don’t make a liar out of me.”

“I won’t,” I say quickly. I might be slightly irritated at him, but it will blow over. My capacity to forgive him for not loving me back is basically infinite. “We’ll leave right after Friday classes?”

“You got it. And this is for you. Share it with your friend.” He pulls something out of his pocket. “More market research.”

He puts a little box in my hand and then walks away.

As always, it takes me a second to get over my hormone rush. I stand there blinking for a long moment until I realize Ellie is grinning at me from the sofa. So I go back over to her and sit down.

“Wow…” she says, stealing a glance at Dylan’s retreating backside. “Is that hot hunk of Vermont male your algebra tutor?”

“And your future ex-boyfriend?”

“Nope. I’ll never get that chance. He’s my best friend, but…” There’s no tidy explanation. 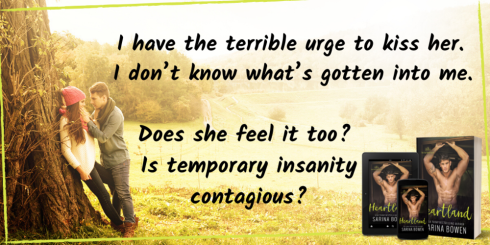 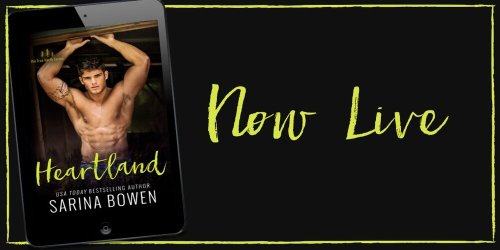