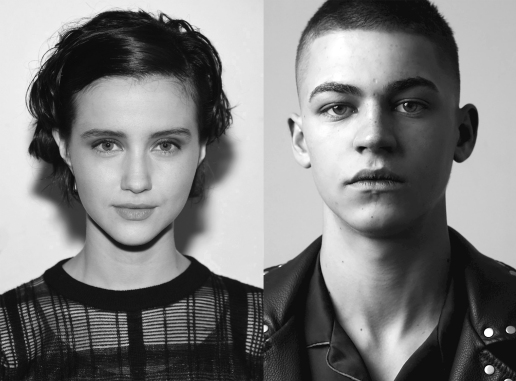 After follows the journey of self-discovery and sexual awakening of Tessa (Julia Goldani Telles). A dedicated student, dutiful daughter and loyal girlfriend to her high school sweetheart, Tessa enters her first year of University with grand ambitions for her future. Her guarded world opens up when she meets the dark and mysterious Hardin Scott (Hero Fiennes Tiffin). A brooding rebel that Tessa would typically shun, she is drawn by his magnetic energy that will change her forever.

Anna Todd stated, “I can’t wait for everyone to see Hero and Julia as Hardin and Tessa. When I saw these two incredible actors together, I knew immediately they were meant for these roles– their chemistry and talent is going radiate off the screen. I trust them completely to bring Tessa and Hardin to life.”

The film is currently in pre-production. Mary Verniue and Marisol Roncali are casting the film, which starts shooting in Boston in June 2018.

Anna Todd is the New York Times bestselling author of the After series. Always an avid reader, she began writing stories on her phone on Wattpad, the global multiplatform entertainment company for original stories, with After becoming the most read series on the platform. The print edition was published in 2014 by Gallery Books. It has been published in over 30 languages, with more than 8 million copies sold worldwide, and is a #1 bestseller in Italy, Germany, France and Spain. Anna and her husband currently live in Los Angeles.