In CAUGHT, a new Entangled Brazen release, racecar driver Jarod Cage must put his future in the hands of celebrity publicist Vivian Blake to save his career. Which is becoming a problem, because the heat between them is about to redline. But when you go this hard and fast, putting on the brakes is the most dangerous thing you can do …

Want to get to know Clare better? Check out her Dear Reader letter!

Watching sex tapes at the office is just part of PR professional Vivian Blake’s job, especially when she has to clean up a celebrity’s image. Except that her newest client isn’t quite that easy. Racecar driver Jarod Cage is beyond hot, and his onscreen “performance” is already compromising Viv’s cool professionalism.

While Jarod hasn’t exactly been discreet about his personal life, he never thought his reputation could cost him both his sponsor and his racing career. Now he has to put his future in the hands of a tiny, pixie-like publicist. Which is becoming a problem, because the heat between them is about to redline. But when you go this hard and fast, putting on the brakes is the most dangerous thing you can do…

Clare is offering up a fabulous prize during the Caught Release Day Blitz event. One lucky Grand Prize winner will receive a $25 Gift Card for Amazon or B&N (winner’s choice) and two Runner-ups will win an eBook copy of one of Clare’s backlist titles (winner’s choice)! To enter, simply fill out the Rafflecopter below:

Clare James has a fun, quick read in Caught.  I enjoyed this steamy, hot romance with a bad boy racecar driver and a PR hotshot.  James successfully sells opposites attract with Viv and Jarod.  I loved the chemistry throughout the story.  Viv and Jarod worked as a couple for me, that they each learned from the other made them relatable. 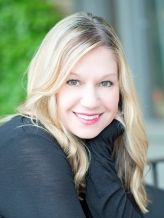 Clare James writes contemporary romance and new adult novels with spunky heroines and sexier-than-sin heroes. Her books have made several best-selling lists including the tender love stories in the *Impossible Love* series; the steamy romantic comedy *Dirty Little Lies*; and the touching family drama *Wednesday*. Her new title, *Caught*, is the first in a series about the women of Elite PR and their very naughty clients. It will be published with Entangled Publishing’s Brazen line in June 2015.

A former dancer, Clare still loves to get her groove on – mostly to work off her beloved cupcakes and red wine. She lives in Minneapolis with her two leading men – her husband and young son – and is always on social media chatting with readers.