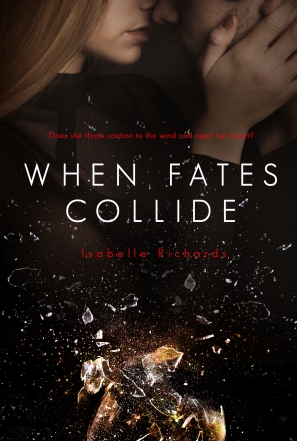 Life can change in the blink of an eye. One moment, Lily is trapped in a loveless marriage. In a split second she is free, but at what cost?  Her mundane life is set into a freefall of tragedy and terror. Her husband may be out of her life, but he left a storm of collateral damage behind and the burden is on Lily to sort it out.

Fate connects Lily with Gavin, a charmingly handsome British gentleman that has been drawn into her tangled circumstance. Gavin is everything Lily’s husband wasn’t and gives her hope that love really does exist. Gavin wants nothing more than to sweep Lily up and carry her off into the sunset, far away from the devastation left behind by her husband. Gavin has been the first breath of fresh air in her life, but she isn’t looking to be saved. She needs to clean up her husband’s mess and find a way to save herself in the process.

Does she throw caution to the wind and open her heart? Or listen to her head that tells her and go it alone until she’s found herself again?

I was immediately hooked into When Fates Collide!  I loved that this story was taking place in surroundings I found familiar and could recognize.  But I didn’t imagine that the circumstances that have Lily and Gavin meeting could work so well keeping me turning the pages.  I wanted to know more…more of everything…more Gavin and Lily, more about their individual pasts, more about their future…more of everything.

Isabelle Richards does a fantastic job with this first book in the series.  She’s able to move the story effortlessly with characters that keep the reader invested in the next moment.  I’m looking forward to what happens next…When Fate Isn’t Enough can’t get here soon enough. 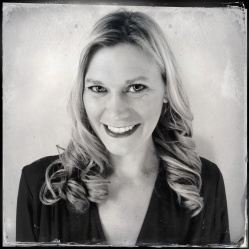 Isabelle Richards spent years as a speech writer before tackling fiction. An avid reader of all genres, Isabelle is drawn to romance novels as they provide an escape from daily life.  Through her complex cast of characters, Isabelle creates a sanctuary for readers to dive into for a break from reality.

When she is not writing, Isabelle works as an advocate for persons with disabilities in Washington, DC. Her two yellow labs are her writing partners, although they frequently sleep on the job.