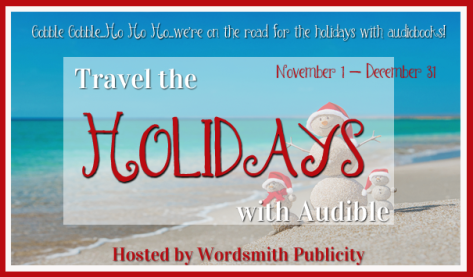 Gobble Gobble…Ho Ho Ho…we’re on the road for the holidays with audiobooks!

Eighteen-year-old Quinn MacPherson’s biggest fear has always been turning out like her mentally unstable mother. (Solving algebraic equations comes in as a close second.) That is, until she meets Benjamin Shaw. Quinn thinks hooking up with Ben over summer vacation will be nothing more than a quick fling. She can’t even commit to a nail polish choice, much less some guy. Unfortunately for her, Ben is not just some guy. Ben gets her- the real her, flaws and all- and that scares the hell out of her. When Ben does the unthinkable- tells Quinn he’s in love with her- she does what comes naturally. She pushes him away. Ben can only watch from a distance as Quinn lashes out, and punishes him for daring to care about her. But how far can you push someone, even someone that loves you, before they are gone for good?

Listen to a sample HERE! 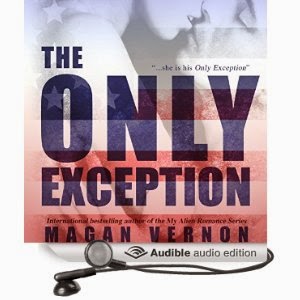 THE ONLY EXCEPTION by Magan Vernon

Goodreads
Amazon | iBooks
Monica Remy doesn’t make exceptions.
The fiery nineteen-year-old transferred to Central College to escape her problems, blend into the crowd and forget the past. But escape becomes almost impossible when she attracts the attention of her new and undeniably sexy neighbor: Trey Chapman, the governor’s son.
Despite his vivid green eyes, adorable freckles, and athletic body, Trey is everything that Monica despises – haughty, conservative, bossy. And able to get under her skin in a way no other man ever could.
A class project forces the unlikely pair together, their chemistry building with each heated debate. But when the ghosts of Monica’s past come back to haunt her, both their beliefs will be tested, and both will be forced to see the world in a new light.
Their differences threaten to tear them apart, unless they can make one another their only exception.
Listen to a sample HERE!
GIVEAWAY
a Rafflecopter giveaway