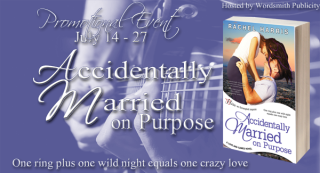 Please join us in celebrating the release of Accidentally Married on Purpose (Love and Games #3) by Rachel Harris! 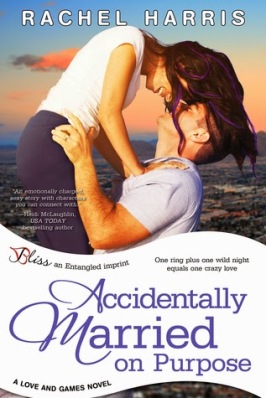 Sherry Robicheaux loves men. She loves love. And she loves an adventure. So
when she meets a mysterious man while working backstage at a country music
concert in Vegas, she’s all about what’s happened in Vegas staying there.

Country music superstar Tyler Blue just wants a weekend of anonymity…though
there’s something about the spunky waitress with the streaks of purple hair
that tempts him like no other. Until the next morning, when they both wake up
with fuzzy memories…and rings on their fingers.

Convincing Sherry to maintain the ruse for his public image isn’t the hardest
part—it’s reminding himself that their time spent playing husband and wife in
her small town of Magnolia Springs can’t last. Tyler’s first love will always
be music—and the road is no place for a sweet downhome girl.

**Please
insert promotional materials here**
Check out the other books in this fun series!

Award-winning and Bestselling author Rachel
Harris writes humorous love stories about sassy girls next door and the hot
guys that make them swoon. Emotion, vibrant settings, and strong relationships
are a staple in each of her books…and kissing. Lots of kissing.

An admitted Diet Mountain Dew addict and homeschool mom, she gets through each
day by laughing at herself, hugging her kids, and watching way too much Food
Network with her husband. She writes young adult, new adult, and adult romance,
and LOVES talking with readers. 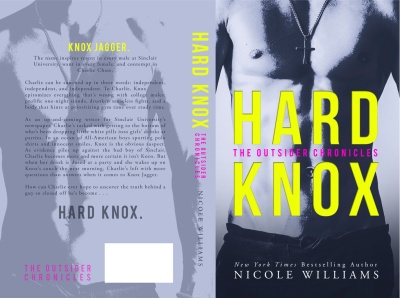 Knox Jagger. The name inspires resent in every male at Sinclair University, want in every female, and contempt in Charlie Chase.

Charlie can be summed up in three words: independent, independent, and independent. To Charlie, Knox epitomizes everything that’s wrong with college males: prolific one-night stands, drunken senseless fights, and a body that hints at prioritizing gym time over study time.

As an up-and-coming writer for Sinclair University’s newspaper, Charlie’s tasked with getting to the bottom of who’s been dropping little white pills into girls’ drinks at parties. In an ocean of All-American boys sporting polo shirts and innocent smiles, Knox is the obvious suspect. As evidence piles up against the bad boy of Sinclair, Charlie becomes more and more certain it isn’t Knox. But when her drink is dosed at a party and she wakes up on Knox’s couch the next morning, Charlie’s left with more questions than answers when it comes to Knox Jagger.

How can Charlie ever hope to uncover the truth behind a guy so closed off he’s become . . .

The author is offering (1) print copy of HARD KNOX! Visit her Facebook page to enter!