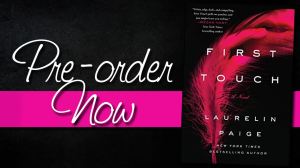 When Emily Wayborn goes home to visit her mom while on hiatus from her hit TV show, she receives a voicemail from her former best friend, Amber. Though the two were once notorious party girls, they haven’t spoken in years. Although the message might sound benign to anyone else, Amber uses a safe word that Emily recognizes, a word they always used to get out of sticky situations during their wild days. And what’s more chilling than the voicemail: it turns out that Amber has gone missing.

Determined to track down her friend, Emily follows a chain of clues that lead her to the enigmatic billionaire Reeve Sallis, a hotelier known for his shady dealings and play boy reputation. Now, in order to find Amber, Emily must seduce Reeve to learn his secrets and discover the whereabouts of her friend. But as she finds herself more entangled with him, she finds she’s drawn to Reeve for more than just his connection to Amber, despite her growing fear that he may be the enemy. When she’s forced to choose where her loyalty lies, how will she decide between saving Amber and saving her heart? 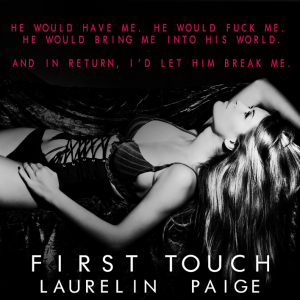 The room began to close in around me, blanketing me with acute heaviness. I drained my champagne in one swallow then set it on a waiter’s tray as I pushed through the crowd and out to the overflow area that had been set up in the parking lot. Once the chill night breeze hit me, I gasped in a deep breath, swallowing the air in long gulps, as though I’d been underwater and had finally reached the surface.

With Amber, I’d been a glorified hooker. In Hollywood, wasn’t I pretty much the same thing? I’d simply left one bed to move to another. I chuckled at the paradox. It deserved a laugh, at least.

Footsteps sounded behind me, and I stifled the last bit of humor threatening to escape. Without looking over my shoulder, I felt the air change. The hair at the back of my neck bristled and the sting of electricity huddled around me.

He leaned against the concrete doorframe watching me with eyes that pinned me in my place. He was captivating and magnificent, his tux fitting him better than clothing had the right to fit a person, better than any one of the pretty men that filled the room beyond him. Those men, my peers, they were a sea of beautiful—calm and serene. Reeve was the ocean, dark and commanding and turbulent. They moved in gentle waves. Reeve stood still and set the world crashing around him.

That easily, the breath I’d just managed to get under control was knocked from my lungs.

He spoke before I could regain my composure. “What a coincidence that you’d be at the same event that I’m at.”

The boldness of his accusation shocked me into response. “I’m not following you, if that’s what you’re insinuating.” My pulse fluttered in fear, in excitement. In irritation. I didn’t like the way he agitated me. Maybe I’d deserved it at his resort, but this? This was my turf.

With a surprising display of fierceness, I locked my eyes to his. “I’m the one who belongs at this event. Not you.”

He laughed and the sound of it fueled my indignation. It also sent heat rushing up my thighs, heat that turned my rage inward as well as out.

Hands in his pockets, Reeve stepped toward me. “Calm down, Emily. I was only teasing. Of course you aren’t here because of me. Perhaps, I’m here because of you.” He paused long enough for panic to jolt through me with reminders of the ominous words he’d delivered to me the last time we’d seen each other. “Perhaps, this time I’m the one who’s examining.”

My anger stepped up another notch, overwhelming my unease. “Examining me? Like, why—to scare me? To see if I’m as fun to mess with when you’re outside the home field? How dare you? Come here, into my world and prod at me just because you feel like it. Proceed to make it your playground. How dare you?”

His lip curved into a chiding smile. “Now you know how I felt.”

I refused to acknowledge my humiliation, though the flush that swept down my neck more than likely gave it away. “Thank you for the lesson, Mr. Sallis,” I said, my voice surprisingly steady. “I assure you that I have more than gotten the point. You won’t be having to give me any further demonstrations.” I started toward the venue doors, praying I could manage the walk. High heels and weak knees did not make for a good combination.

I circled widely around him, wanting to keep as much distance between us as possible. But I could still feel the warmth pulsating off him like the driving beat of a dance club. It trembled through me, coming up from the ground, shaking me, gripping me. I fought through it, forced myself past him.

“Emily.” His address caught me mid-stride. Five more feet and I’d be back in the Expo. Just a few more steps…

I couldn’t help myself—I stayed. I didn’t turn toward him, though. That was my single act of restraint.

“What I did to you at the spa—”His voice was silk and stubble all at once. The texture of the sound, as much as the mention of the spa, was bait on a hook. I practically leaned into his next words. “It wasn’t very nice.”

I spun toward him. “You think?”

“I like my privacy. I was mad.” It wasn’t an explanation so much as it was a reminder. You provoked me, he was saying. You deserved it.

“So you made me think you wanted to kill me?” Admittedly, I had earned his admonishment. I hadn’t earned a death threat.

I cut him off with a point of my finger. “You did. In every way you could without the specific words.”

He opened his mouth as if to defend himself further. Then his expression changed, his features darkened, his eyes gleamed. “Did it scare you?”

“What do you think?” A shiver ran down my spine. He knew he’d scared me. It had been his intent to rile me up, make me afraid. What I hadn’t realized was how much he liked that he had.

Laurelin Paige is the NY Times, Wall Street Journal, and USA Today Bestselling Author of the Fixed Trilogy. She’s a sucker for a good romance and gets giddy anytime there’s kissing, much to the embarrassment of her three daughters. Her husband doesn’t seem to complain, however. When she isn’t reading or writing sexy stories, she’s probably singing, watching Game of Thrones and the Walking Dead, or dreaming of Michael Fassbender. She’s also a proud member of Mensa International though she doesn’t do anything with the organization except use it as material for her bio.