Title: A Glimpse of the Dream

Synopsis:
Teagan Harper is barely ten years old when she finds herself orphaned and sent away to live at Raven’s Peak, a Gothic estate on the seaside cliffs of Maine. Soon, though, her heartache and loneliness are tempered by a blossoming friendship with the only other child living at Raven’s Peak: Kane Doyle, only two years older than Teagan and abandoned by his mother. Over the years, the pair grows inseparable. First they’re pranksters and confidants, but eventually their feelings change, and best friends turn into soul mates. On the cusp of Teagan’s departure for a university in Boston, they share a glimpse into their happily-ever-after and make promises of forever.

But Teagan and Kane’s engagement and dreams of the future are shattered when Teagan returns home to find Kane gone from Raven’s Peak—and living with someone new. Devastated and heartbroken, Teagan cuts ties with her beloved adoptive home and tries to move on with her life. But years later, when the shocking truth behind Kane’s betrayal comes to light, Teagan must decide whether to embrace her new life and let go of her past once and for all, or fight for her dream life with the only man she’s ever wanted. 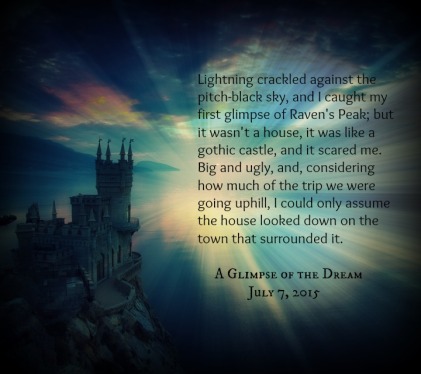 L.A. Fiore is the author of several books including: Beautifully Damaged, Beautifully Forgotten and Always and Forever. She’s also the social secretary for her two children, a tamer of ill-mannered cats, the companion to one awesome dog and married to her best friend. She likes her wine red, her shrimp chilled and her social gatherings small and intimate.

The next release from L. A. Fiore will be Waiting For The One, which will be releasing on April 28th!

Synopsis:  Saffron Mills has lived all of her almost thirty years in Harrington, Maine—a small town where fishing is plenty, but available men are far too few. Yet it’s not just her dating dry spell that draws her to recent arrival Logan MacGowan. Tall, dark, and handsome, with emerald-green eyes and an impossibly hot body, Logan is a gorgeous enigma whose silence she takes for indifference…until one unforgettable chance meeting, when pent-up attraction ignites into the most intense encounter of her life.

In this quiet, quirky town, no one knows that Logan’s alter ego is famous sculptor and tabloid darling David Cambre. In New York, he had all the wrong kind of attention, but in Harrington, he’s found peace, privacy…and Saffron. She’s witty, forthright, and so much sexier and stronger than she knows. But how do you protect the love you’ve been waiting for when your own lifestyle could be destined to rip it apart?